Gavin Duffy to be inducted into Hall of Fame 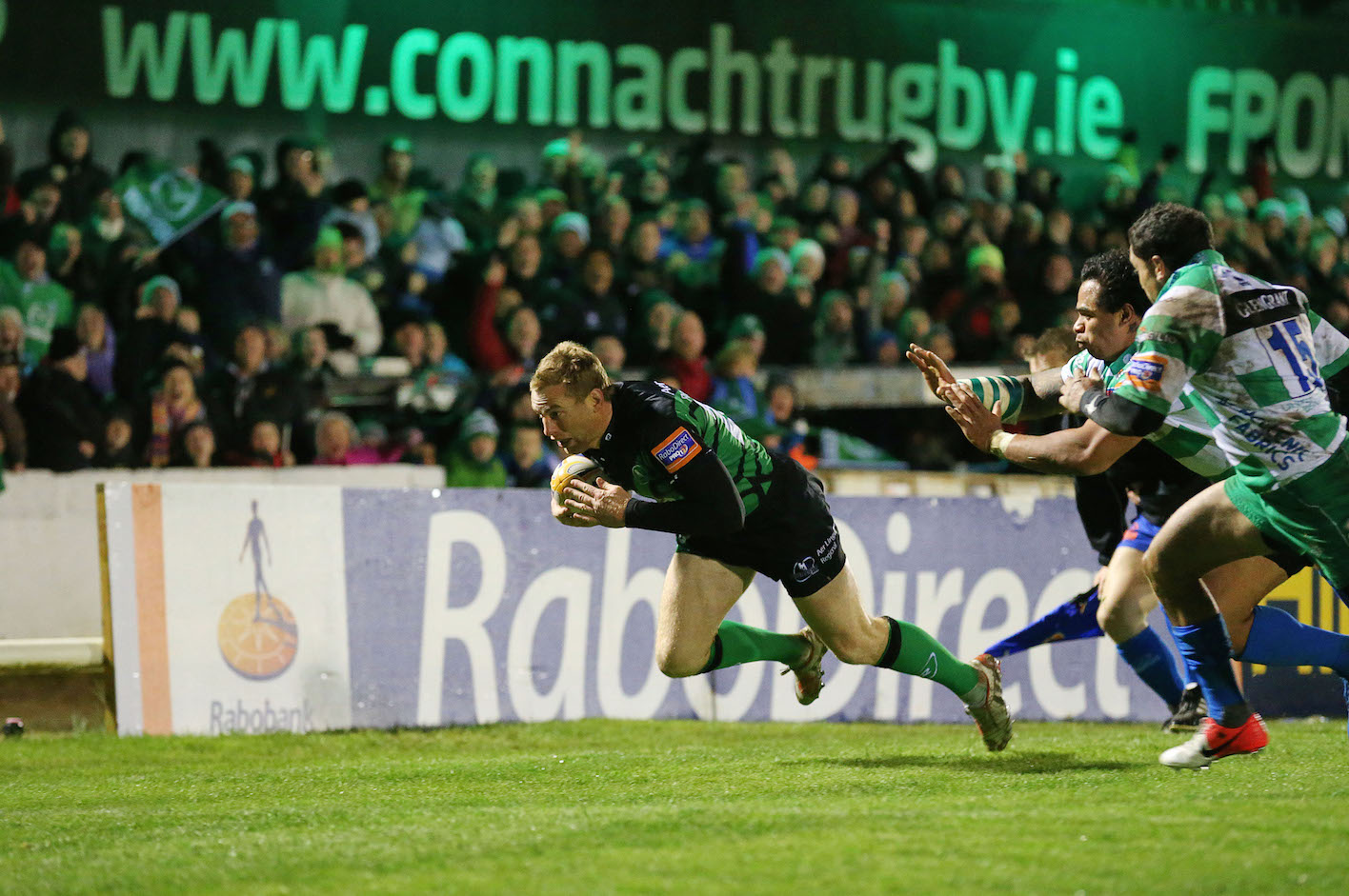 In the Clan Bar, after Saturday's game against Ulster, we will be inducting Gavin Duffy into the Connacht Clan Hall of Fame

Gavin retired at the end of last season, ending a fourteen year professional career, 11 years of which were spent at his native province Connacht. His first appearance for Connacht came in 2001 and over the next two years he drew the attention of several clubs, including Munster, but moved to Harlequins in 2003. His three years in London were an enormous success, making 50 league appearances for Quins, and he was part of the Challenge Cup winning side in 2004 that beat Connacht in the semi final. It was during this period that he was first called up for Ireland, earning his first of 10 caps in South Africa in 2004, and would remain a part of the Irish squad for the next 7 years. He was the only Connacht player to be included in the squad for the Rugby World Cup in France in 2007.

Gavin's skill, athleticism and aerial ability were a privilege to behold throughout his entire career at Connacht, and as supporters we could rest assured that when the opposition launched a Garryowen into our half we were in safe hands. His tremendous accomplishments with Ireland showed that Connacht players could compete at the very highest level of the sport and he has been an inspiration to all around him over his 174 Connacht caps, serving as Connacht captain on several occasions. He now continue to serve off the field, as Senior Development Executive for Connacht Rugby.

So come along to the Clan Bar directly after the match on Friday, and help us thank Gavin for the huge contribution that he has made, and continues to make, towards Connacht Rugby.